For the EU-Japan Friendship Week 2021 at Kwansei Gakuin University, we had the honour to welcome Mr. Luigi Diodati, Consul General, from the Italian Consulate General in Osaka. As we have chosen Italy as this year’s topic, we were extremely pleased that Mr. Diodati made some time in his busy schedule, and, as one of his last acts as Consul General in Osaka, gave a stimulating lecture to our students on ZOOM. 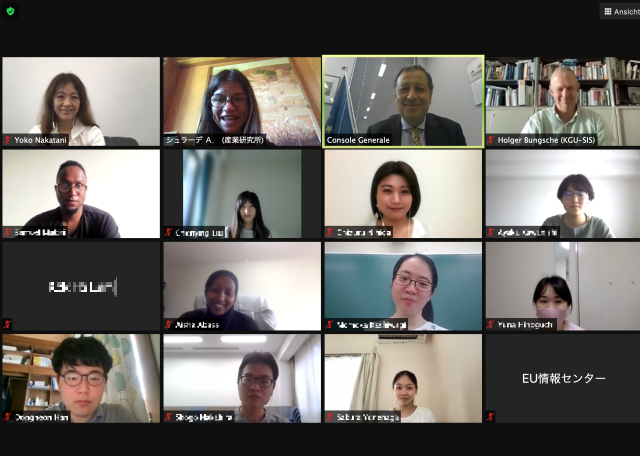 Mr. Diodati focused on the Italian risorgimento in the 19th century, analysing the European power’s stance towards it. Very vividly and with lots of enthusiasm, Mr. Diodati explained how the Italian cities were content with their situation, their wealth and their prowess, until in the late 19th century external pressure and rising nationalism in other countries made them unite. He explained how hundreds to small units became the modern state of Italy in 1861 to keep their importance in Europe and the world. 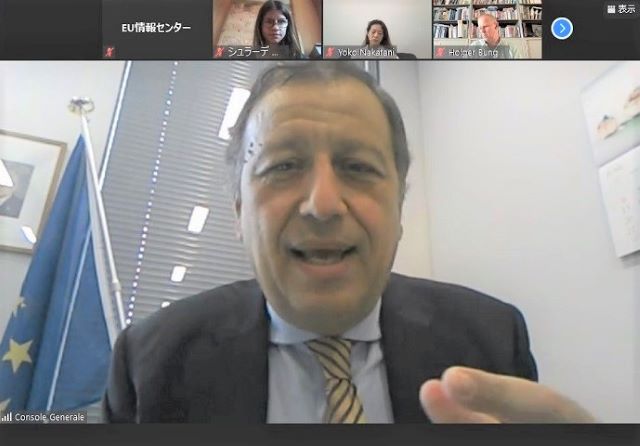 Contrasting the historical analysis of Italian unification, the second half of the special lecture was on the socio-economic situation of present day Italy. The students had prepared panels on Italy (which had been displayed in the KGU Nishinomiya-Uegahara Campus Library during the whole month of June), which were the basis for the final discussions. The students were very pleased and honoured to receive feedback on their work by the distinguished Mr. Diodati, and to ask him questions. They discussed the reasons behind the fact that Italian youngsters lived with their parents until the early/mid-30th, what the secret behind Sardinia’s impressive longevity was, how the mafia impacted economic growth in the South, and how the Covid-19 pandemic could help revitalize the countryside, among many others.

It was a highly enjoyable lecture and Q&A session, and it helped the students not only understand Italian modern history, but also to deepen their understanding of their personal research on Italy. 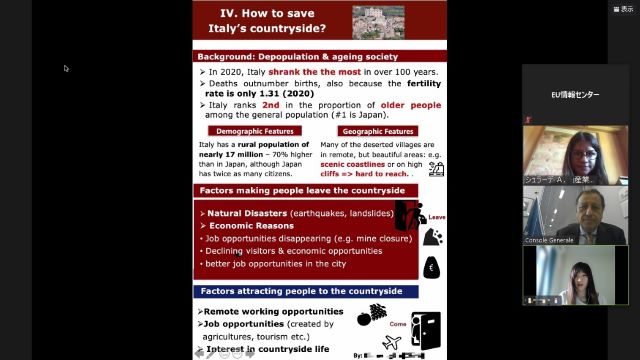