In conjunction with the one-year anniversary of the Trump administration taking power, the Washington Post, one of America’s leading newspapers, released an astonishing report. Upon analyzing Mr. Trump’s statements over the previous year, the Post found 2140 false or misleading statements, an average of almost six a day! Of course, everyone makes errors or mistakes, but Mr. Trump’s comments are not so innocent. His intent, which is obvious, is to try and guide the conversation in a way that is advantageous to him.
To begin with, should it be acceptable for a country’s supreme leader to circulate information at odds with reality? America is the world’s greatest superpower, and we would have to say that this has an effect on the entire world.
The Washington Post is saying that it will continue to check the president’s statements in the future, as one would expect from the newspaper which exposed the Nixon administration’s improper conduct in the 1970s, and drove Mr. Nixon to resign.
However, in the age of the Internet, powerful people can appeal to citizens directly. Such influence can be far greater than that of newspapers and television.
Furthermore, the dangerous thing is that Mr. Trump has understood media from a young age, and he is proficient at how to use it, having also been the star of a popular television show. To Mr. Trump, criticism directed at him is instead free advertising. Trump supporters regard the Washington Post and other media sources as “enemies” who should be fought against, so the more he is criticized, the better his supporters think he is doing.
Who should check powerful people, then? I think that newspapers and TV play a major role, but with the advent of the Internet age, it is a fact that their operations are beginning to become unstable. Perhaps new business models, such as media outlets run by nonprofit organizations, are necessary. I believe that whether or not these can succeed is a major problem that relates to the foundation of democracy.

It is now quite common for politicians, not just celebrities and professional athletes, to tweet or post about themselves and their opinions via Twitter and Facebook. Thanks to that fact, it would seem at first glance that in general, the subject of politics has become more familiar to the public. In the past, it was rare for voters to have opportunities to meet and speak directly to politicians.
Now, however, they can learn what politicians are saying from minute to minute, just by following their accounts. Contrary to the distant representations of politicians created through TV and newspapers, the image of politicians emerging on the Internet is more familiar and friendly. Considering the long-lasting impasse concerning politics and public engagement, often referred as ‘indifference’ or ‘detachment’, the phenomenon of ‘familiar politicians’ might have some significance.
However, it is crucial for us to keep in mind that the things political leaders Tweet about are nothing but ‘convenient facts’ for them. Just like business marketers, who are eager to promote their products, politicians online will attempt to promote their public images and spread their messages for their own gain. Leaving that aside, what politicians look like online is drastically different from their negative portrayals in the traditional mass media, as delivered through articles and TV programs.
It would seem that if people who are indifferent to politics become more interested in politicians, thanks to frequent exposure to them online, it must be good for society as a whole.
Is that really the case? Unfortunately, the reality is not so simple. The reason is because the public having a feeling of ‘familiarity’ with their leaders does not necessarily mean that they are being fully informed of what they should know about politics. On the contrary, social media enables political leaders to tell their own stories without being criticized by journalists or exposed to public opinion. As a result, social media can work as an effective tool for politicians to legitimize their positions.
Many social media users voluntarily access the Tweets of politicians just because they sympathize with them and agree with their views. At the same time, these users should be more cautious of the fact they also assist in legitimizing politicians’ ‘convenient facts’ for them.
We can see that in the future, if the present relationship between political leaders and the public—where the former can easily legitimize their political positions through social media—becomes more entrenched, our society’s democracy will be in danger. While we can see many Tweets issued by politicians, as well as likes from their social media followers, it is not so easy to find a variety of opinions concerning specific political issues. For democracy to function in a healthy way, it is indispensable that the public is fully informed about ‘inconvenient facts’ for those in power. Democracy never flourishes from the monologues of self-serving politicians. What we need to do in the age of social media is not to naively follow the Tweets of popular leaders, but to investigate to find out the real truth. 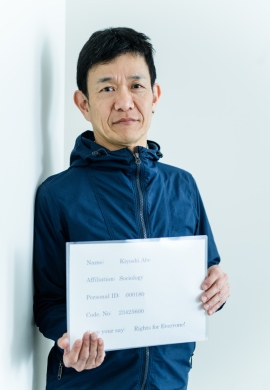